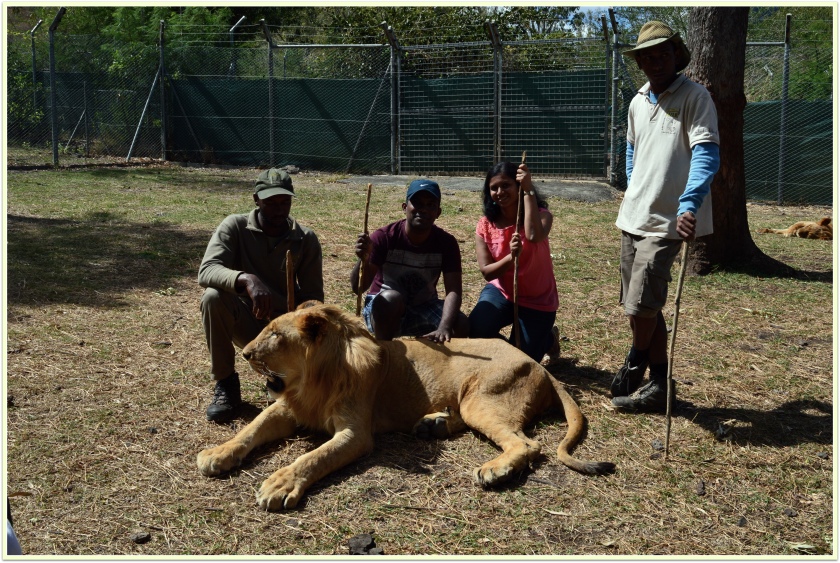 Cheat Sheet Principle of Life: If you have to go in front of a lion, carry a waist-length stick to show that you are not its food.

I know that I haven’t been talking about anything else other than Mauritius for the past two posts. This is the last one, so bear with me.

The penultimate day of our trip was filled with mammal interaction. We started off to Dolphin Bay, early in the morning (6:00 AM), to watch the dolphins. It was an hour and 20 minutes drive from our hotel. Once we were at the beach, we got into a boat and went a bit far into the sea. Five or six boats, waited for the majestic creatures to appear from the deep blue sea. The dolphins did come out, but they were quick. By the time we caught a glimpse of them they disappeared into the water. One little dolphin was soaking all the attention it got from the boats circling it. It made a flip several times, as everybody gasped and paused for a second. A few people got into the snorkeling gear and swam with the dolphins. It was a wonderful experience.

After the dolphin interaction, we went to the Casela Park. It is a wild life reserve, which had zebras, giraffes, lions and cheetah. We spent 15 minutes with a few lions at Casela Park. There are only two points on this trip when I was scared, one was just before para sailing, the other one was the lion interaction.

We went into the lion enclosure with a group of people, along with the trainers. There were 4 lions in the enclosure. Two of them were resting; two of them sat and looked around. The trainer guy looked like a lion himself. He had tousled hair and sharp incisors. Spending so much time with lions does change people! We were given strict instructions, not to shout or run around. We were also given waist length sticks, which had to be in front of us at all times, to show the lion that we were not its food. We went close to the lion in pairs, sat behind it and rubbed its back. I did not touch the lion directly, but I touched my hubby who touched the lion. As per transitive law of Mathematics, I touched the lion. I know that the lions are tamed, but when we can’t even predict the behavior of a fellow human being how can we predict the behavior of a lion? I was ready on my haunches, geared to run out, just in case.

We spent the next day relaxing in the hotel. The day after that we arrived in Bangalore. 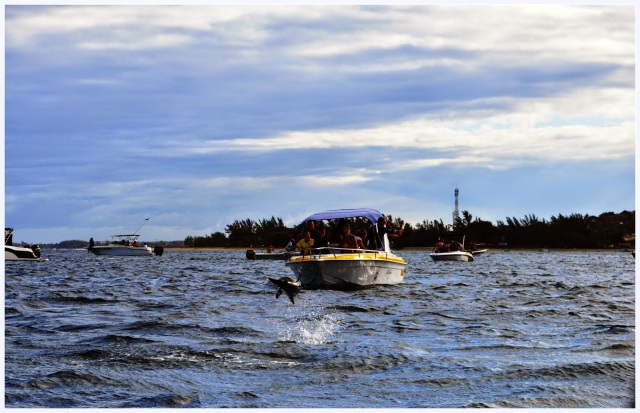 The playful dolphin that loved to show off. 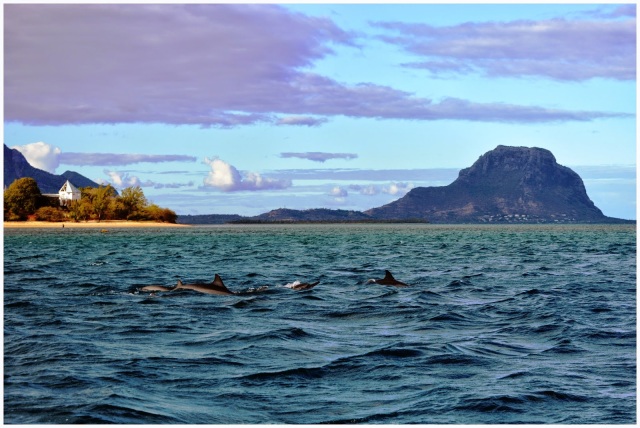 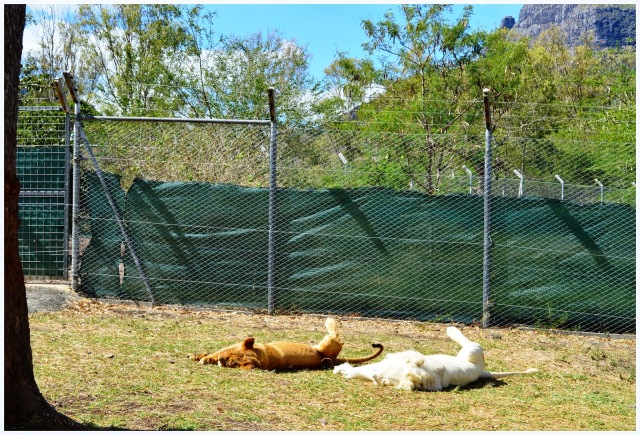 Two lions sunbathing, with their feet raised. How much cuter can it get? 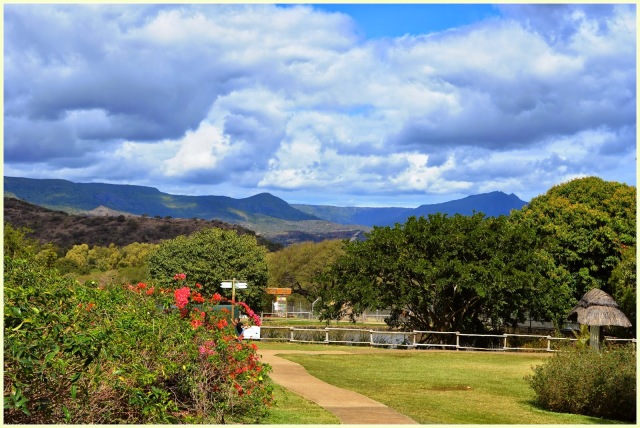 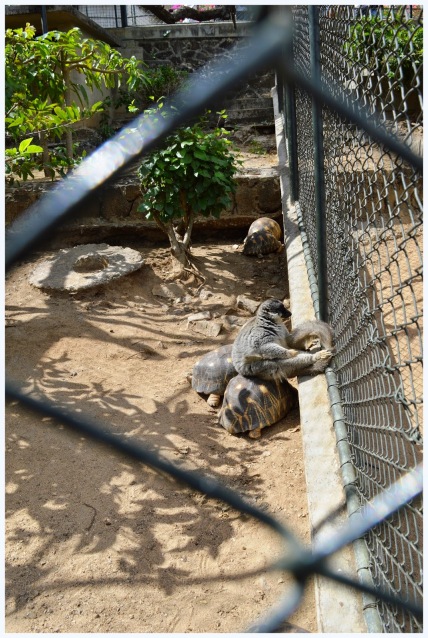 King Lemur sitting on top of the tortoises. What an attitude! 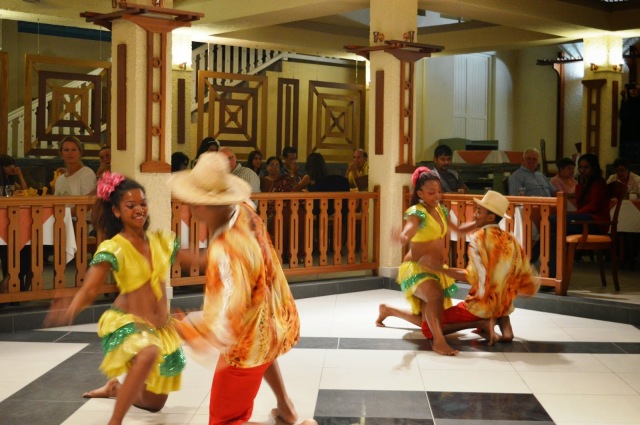 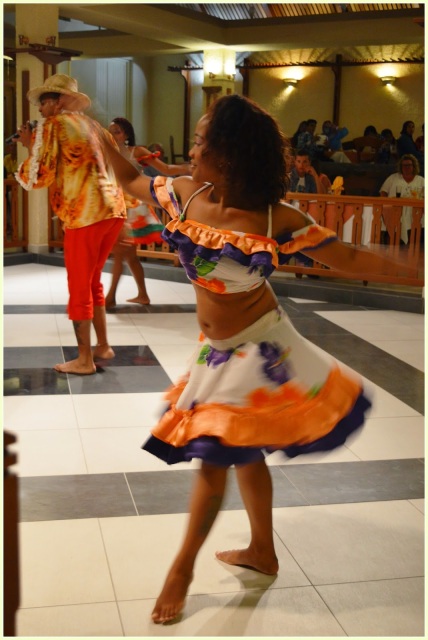