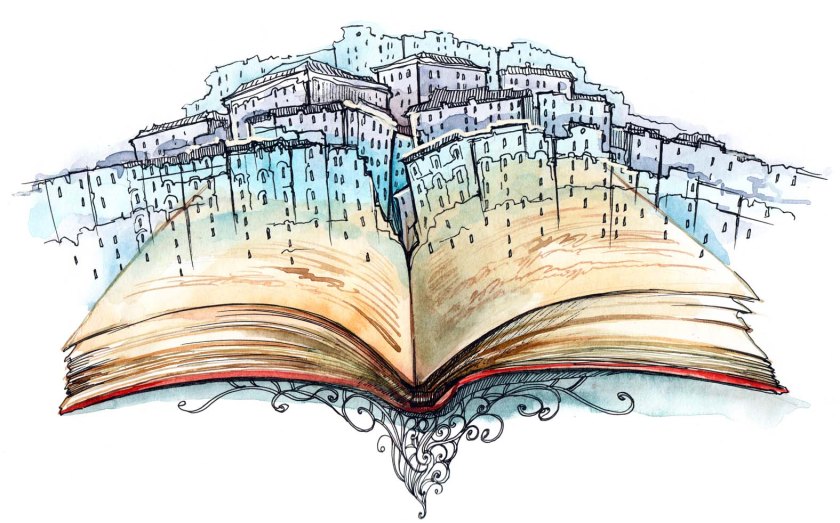 This is a short story, which can be part of an unfinished novel.  This story is one of my early morning musings.

Adam was in a huge room. The white walls extended on four sides. He paced up and down and wondered, ‘Where am I?’ The walls were so bright, that it hurt his eyes. His hands twitched. He thought, ‘How can I escape?’ He looked up and saw a small black door on the roof of the room. He thought, ‘It could be the escape door. How can I reach up there?’

Adam sat on the pristine white floor. He remembered the conversation with his sister, Malina. It was a fresh spring morning. Adam and Malina were walking together on the soft grass. Malina wore a long white dress, woven with intricate and delicate laces. She carried a white umbrella. Adam smiled and asked Malina, ‘Why do you need the umbrella? It is a beautiful sunny morning.’

Malina smiled as she stroked a red rose, and felt its smooth skin. She plucked a rose petal and replied, ‘You never know. This is a place of endless possibilities. Never forget that.’ She put the petal in her mouth. Adam thought she was childish. Malina looked up at the sky. The clouds gathered together, as though they are going to have a grand party. It grew dark and the clouds opened their bellies, bringing down big fat rain drops.

Adam wondered, ‘Is this truly a place of endless possibilities?’

Adam imagined himself to be a lizard, capable of climbing the walls and slipping past the black door on the roof. He went close to the white wall. He climbed on to it and on all fours, made his way to the top. He was not in a hurry to get out. He enjoyed climbing like a lizard. He saw the floor slipping away. He reached the black door and jerked the door open.

A gust of air touched Adam’s skin. He climbed out. He saw the green plains on one side. He stood on top of a tall rectangular white box. He thought, ‘How can I get down?’ Adam imagined himself to be a bird. He opened his arms and they were covered by translucent wings. He stepped down from the box into the air. As he fell down, he flapped his wings and soared across the sky. He flew across the blue skies until he saw Malina.

Malina sat in the garden on a white bench and sipped her tea. Adam landed close to Malina. She looked at him and smiled.

Malina replied, ‘Yes, I can see that.’

‘There are endless possibilities.’

Malina replied,’Yes, I told you so’, and winked.