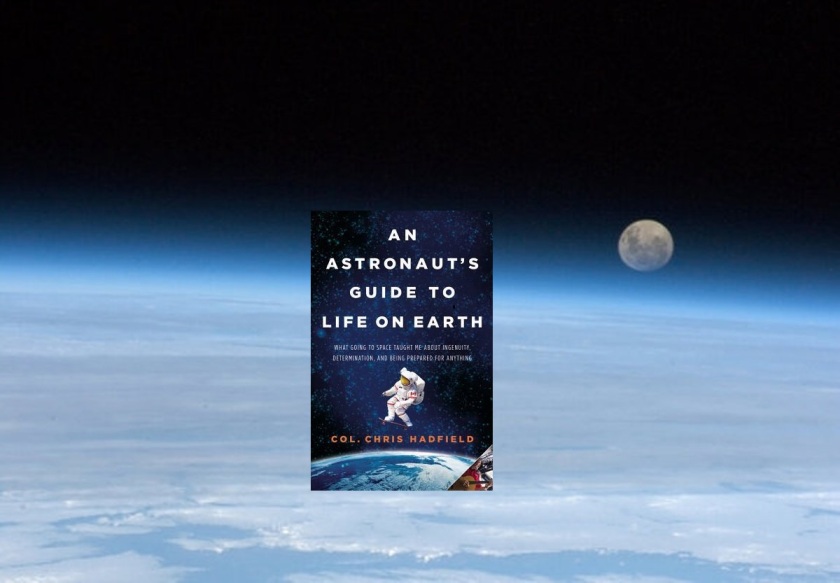 Colonel Chris Hadfield is a retired Canadian Astronaut. Hadfield was on two space shuttle missions and also served as the commander for a mission on the International Space Station, in 2013. He did simple experiments on the space station, like brushing teeth, clipping nails and showed everybody how life in space is different from life on Earth.

I read his book, ‘An Astronauts Guide to Life on Earth.’ Below are a few snippets of wisdom from his book.

Imagine what an astronaut might do if he were 9 years old, then do the exact same thing

On July 20 1969, when 9 year old Chris saw Neil Armstrong step on the surface of the moon, he decided to be an Astronaut. He did not tell his dream to anybody, because he knew that he would be criticized. Instead, he thought, ‘What will an astronaut do if he were 9 years old?’, and he choose the career paths which would increase his chances of being an astronaut.

His dream to become an Astronaut provided direction to his life.

He knew most of the astronauts were fighter or test pilots. He joined Air Cadets, got the glider license and later joined the Canadian Armed Forces. His career as a military pilot made him an eligible candidate for the Canadian Astronaut Program. The rest is history.

What is the next thing that could kill me?

Astronauts are trained to distinguish fear from danger.

The training is built around all the scenarios that can be fatal. Through repetitive simulations, they are taught to think calmly, follow the steps and tackle the situation.

Life is about big and small moments

Col. Chris Hadfield knew that he would retire after completing his mission in 2013. People thought that the mission was the shiniest moment in his career and it was all downhill from there. He disagreed with that view.

He says, ‘If you start thinking that only your biggest and shiniest moments count, you’re setting yourself up to feel like a failure most of the time. Everything counts: the small moments, the medium ones and the big moments. The challenge is avoiding being derailed by the big, shiny moments that turn other people’s heads. You have to figure out for yourself how to enjoy and celebrate them, and then move on.’

It was an interesting book. I recommend this book for reading if you are a space buff.