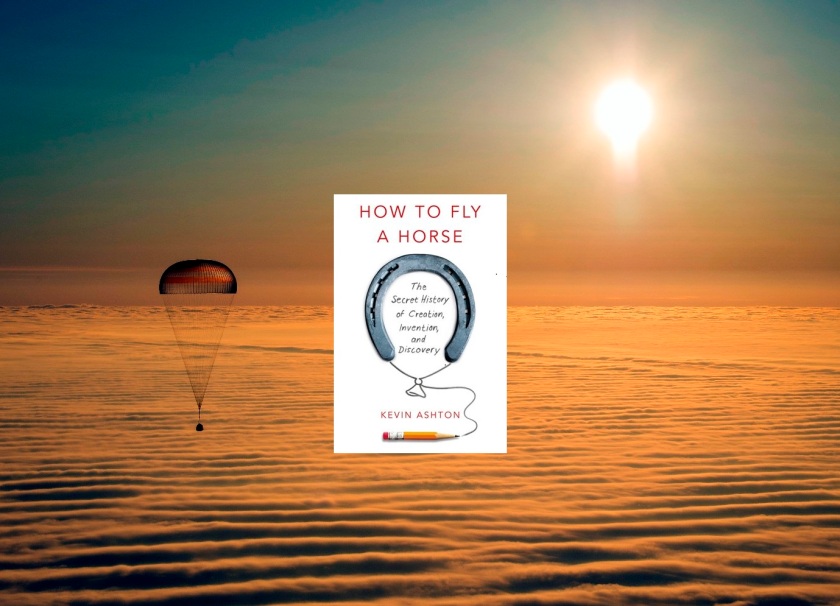 Cheat Sheet Fact of Life: Slog, fail and improve to create. There are no short-cuts.

In the book, ‘How to Fly a Horse – The Secret History of Creation, Invention and Discovery’, the author Kevin Ashton says everybody can create. Then, why isn’t everybody a creator and what stops us from creating?

Creating is Ordinary: All humans are creators. You need not be gifted to create.

Our species Homo Sapiens existed for the past 200,000 years. In the first 150,000 years, we did not improvise our tools. In the next 50,000 years, we started improving our tools and innovating. It took 150,00 years of fine tuning of our brains to make us a creative species.

The reason why everybody is not a creator is because creativity is hard work . It is not a spark of genius or a eureka moment. We have to slog to create.

In Kevin Ashton’s words, ‘Creating is taking steps, not making leaps: find a problem, solve it, and repeat. ‘

Expect Adversity: Kevin Ashton tells the example of Judah Folkman, an American Medical Scientist, who discovered that tumors in human body can be killed by cutting off the supply of blood to the tumor. Folkman was the first Scientist who studied tumors inside mice and devised ways to kill the tumor.

Judah Folkman’s idea was not accepted by his peers because they studied dead tumors outside the human body, where they did not grow. Until Folkman’s idea was accepted, his research funding was cut, his salary was halved and he was considered to be crazy.

In Kevin Ashton’s words, ‘The path to creation is one of many steps, neither straight nor winding but in the shape of a maze. It is easy to enter and difficult to stay.’

Rejection has value: Kevin Ashton gives the example of Franz Reichelt an Austrian tailor, who was developing parachutes in 1912. He tested his parachute by jumping from top of the Eiffel Tower and was killed on impact with the ground. His parachute used less than 350 feet of fabric, the standard being at least 700 feet.

Reichelt’s invention was rejected by experts on the grounds of less surface area of the parachute. Reichelt did not improvise, tested it prematurely and met his death.

In Kevin Ashton’s words, ‘Rejecters are nearly always sincere. They want to stop wrong and dangerous thinking. They believe they are right and they usually are. ‘

This book is a must-read for Scientists and Researchers.

Background picture modified to include image of the book from http://www.amazon.co.uk/How-Fly-Horse-Invention-Discovery/dp/043402290X