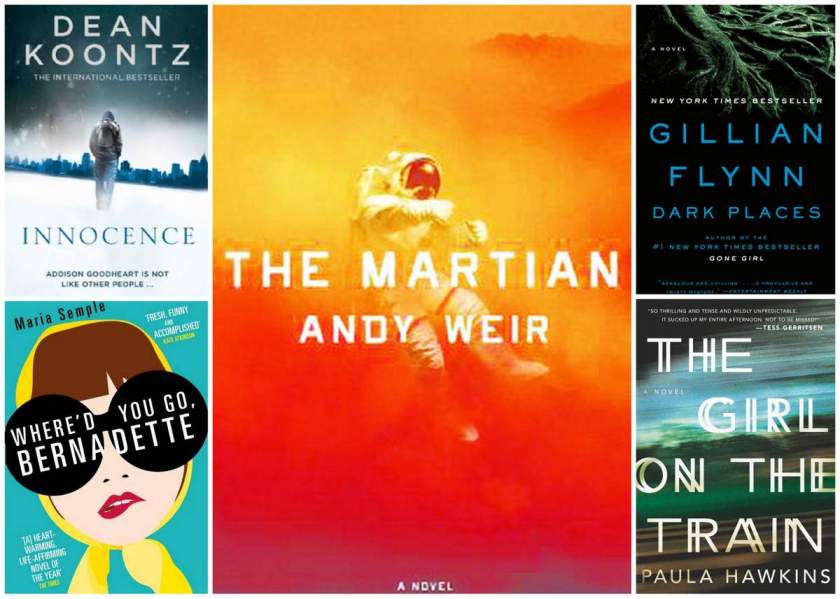 I recognized this habit when I read Dean Koontz’s novel, ‘Innocence.’ It is a love story of two weird characters whom everybody despises. The guy hides beneath the city, curses his loneliness and comes out only in the dark. The girl has social phobia. The novel shifts the timelines and the perspectives, from the past to present, from one main character’s voice to another.

The major literary trend is that the best seller novels have flawed characters. The characters point of view varies from ‘I love the sunshine today’, to ‘I want to kill someone today.’ The plot merges timelines and voices of the characters.

I enjoyed ‘Where’d you go Bernadette?’. The novel is about an ex-architect mom who runs away from her family. The daughter and father set out on a journey to search for the mother. I liked the novel because it was a bit humorous.

I tried to read ‘D ark Places’, by Gillian Flynn. I could not complete it because the main character was so depressed and lazy that I could not read about her despicable attitude towards life. This novel also has one chapter dedicated to the past and one to the present.

I recently read, ‘The Girl on Train’ by Paula Hawkins. The protagonist is an alchoholic. She is  depressed that her husband divorced her for another woman, rides on a train because she has nothing else to do and stalks people. This novel merges timelines as well.

I agree that nobody is perfect but a complete novel detailing a person’s misery for more than half of the novel is too much to bear. I am also tired of reading novels that have the same plot line, one chapter is dedicated to what happened today, another to what happened one year ago.

I started reading ‘The Martian’ by Andy Weir (recommended by my husband). A technical novel that stays in one timeline is like the breath of fresh air. The protagonist thinks that he will be alive one day and dead the next, which is perfectly alright because he is an astronaut who is trying to figure out how to survive on Mars and contact Earth.

May be I should stick to teenage fantasy novels, which are full of vampires, werewolves and wizards until the fiction writers fall out of this weird habit of creating multi-faceted sad main characters.