We are tied to the ocean. And when we go back to the sea, whether it is to sail or to watch – we are going back from whence we came…” – John F. Kennedy

Last weekend, I visited Toronto along with my husband. Since it was still cold, we spent most of our time indoors and visited places like CN Tower, Ripley’s aquarium, Casa Loma and Science Center. When I lived in Boston, the New England Aquarium was one of my favorite places. The turtles were the star of the New England Aquarium. I was curious to find out what creatures were the stars of the Ripley’s Aquarium.

The stars of the Ripley Aquarium are sharks and stingrays in the Ray Bay and jellyfish. The Ray Bay provided 360-degree views of the sharks, stingray, turtles, fishes and other sea creatures. Most of the time, I was fascinated to look at the underbellies of the sharks and stingrays. Stingrays have the cutest underbelly. They have mouth, nostrils and gill slits in the underbelly, which gives the impression that they are smiling. Stingrays are related to sharks and they are peaceful creatures unless they feel threatened. When they feel threatened,  the stingray plunges its sharp and venomous stinger deep into the flesh of the attacker. In order to avoid a stingray attack, you have to shuffle your feet in the sand, without lifting them up so that they can detect your presence and move away.

At the Ray Bay, they had a poster which reminded the visitors, ‘Did you take a selfie with the shark?’ I tried to take a selfie with the hammerhead sharks but they were too fast. Whenever I go to the Aquarium I wonder if the sea creatures look at us just as we look at them. Do they look at us with awe and interest? Or are they bored to see the relentless sea of people who watch them every day and consider us a nuisance? I am sure the big predators will feel that yummy meat is just a few feet away and wish they could eat us. When I was in the Ray Bay, I also imagined that the glass wall would crack, engulf me in the waves and a shark would come straight at me.

The other star of the Aquarium was the jellyfish. The jellyfish display had Pacific sea nettles, moon jellies and upside down jellies. Jellyfish have been around for 650 million years! Jellyfish aren’t actually fish, they’re plankton. They are poor swimmers and are carried by the ocean currents. It was mesmerizing to see the jellyfish float in the tank, with their translucent umbrella-shaped bodies and their long wavy tails. When the colors in the tank changed, jellyfish changed their colors too. 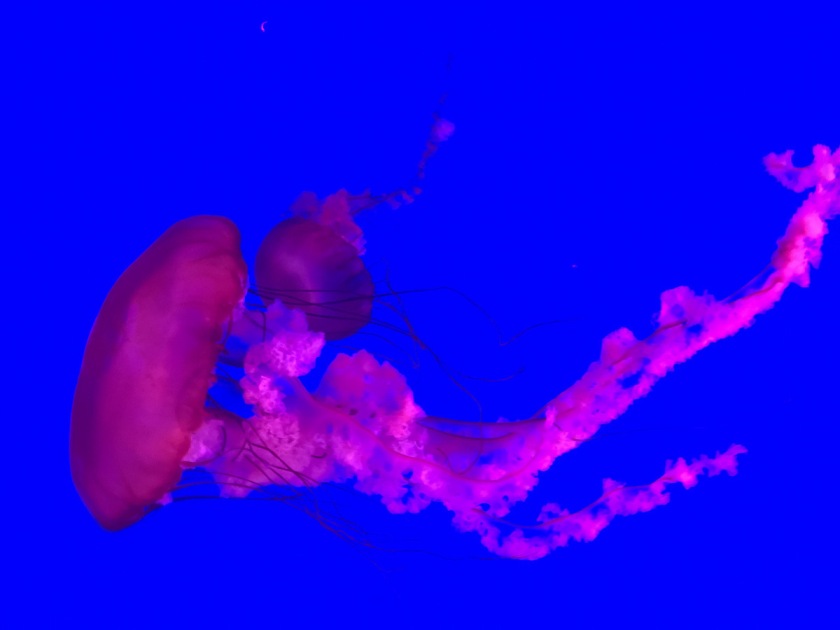 If you visit Toronto, make a stop at the Ripley’s Aquarium. It is a colorful delight for both kids and adults.

Enjoy the pics and the videos!

A fish with great fashion sense! 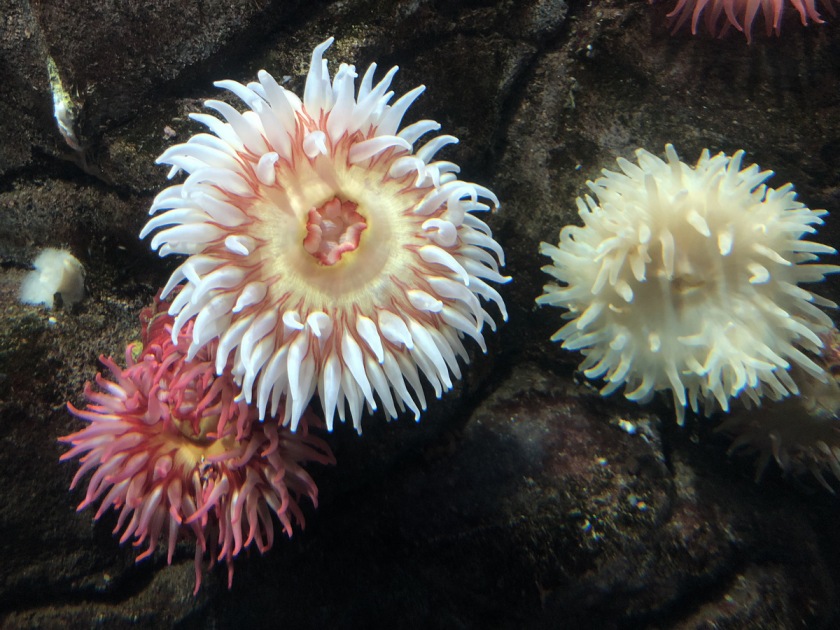 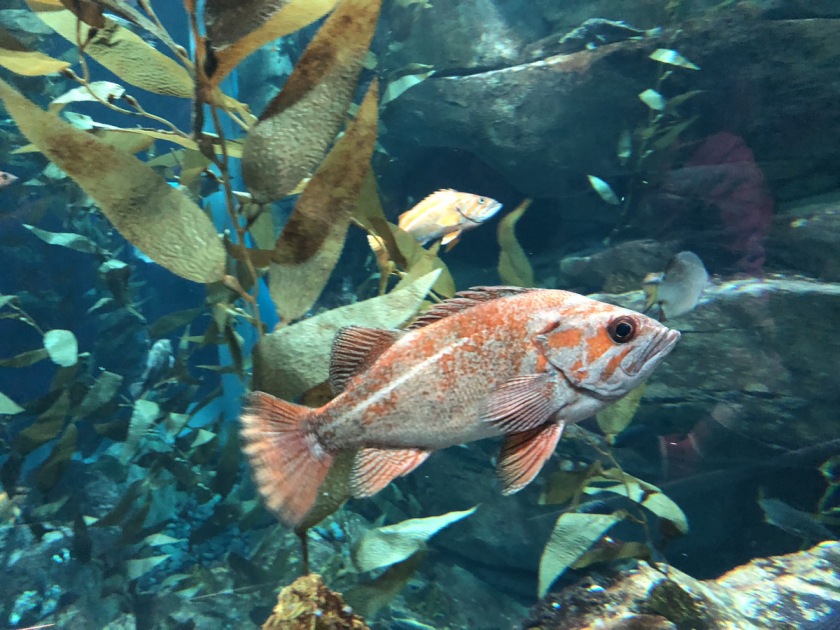 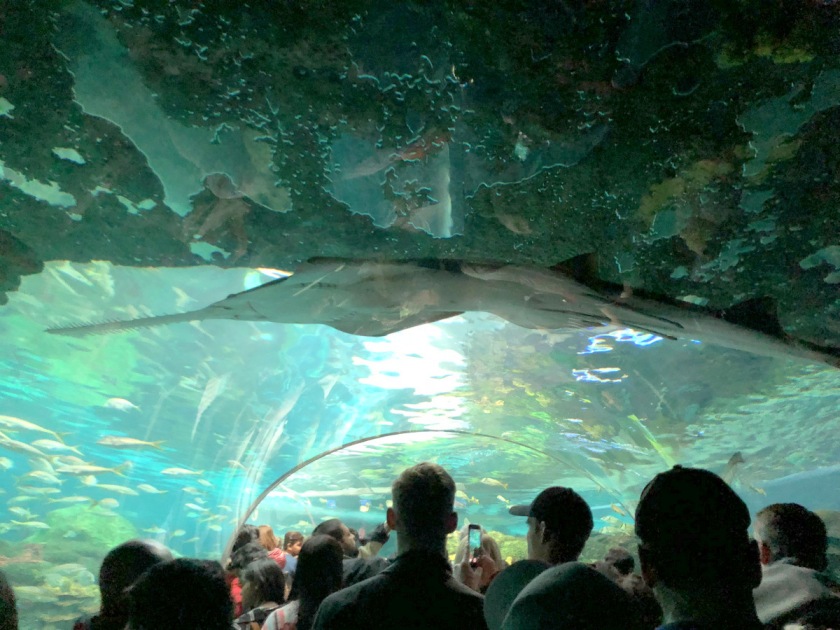 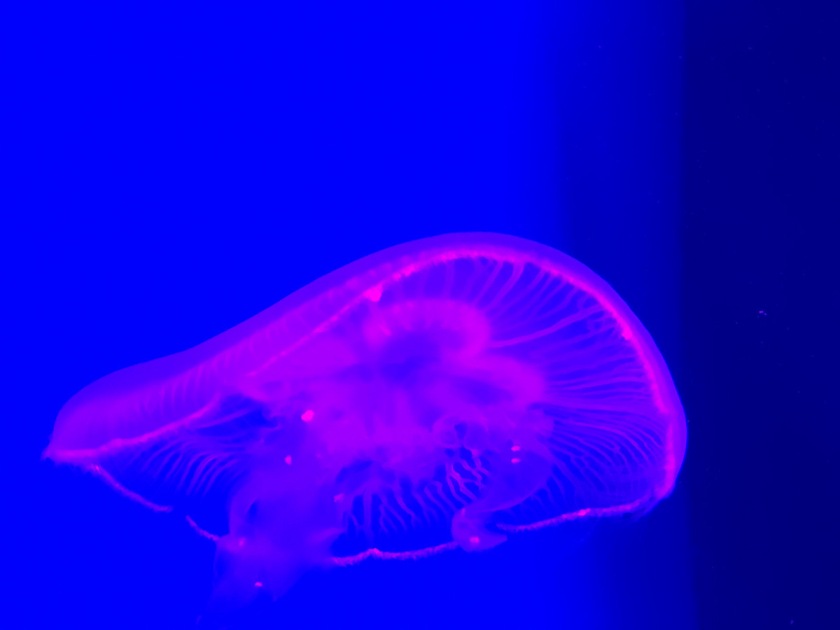 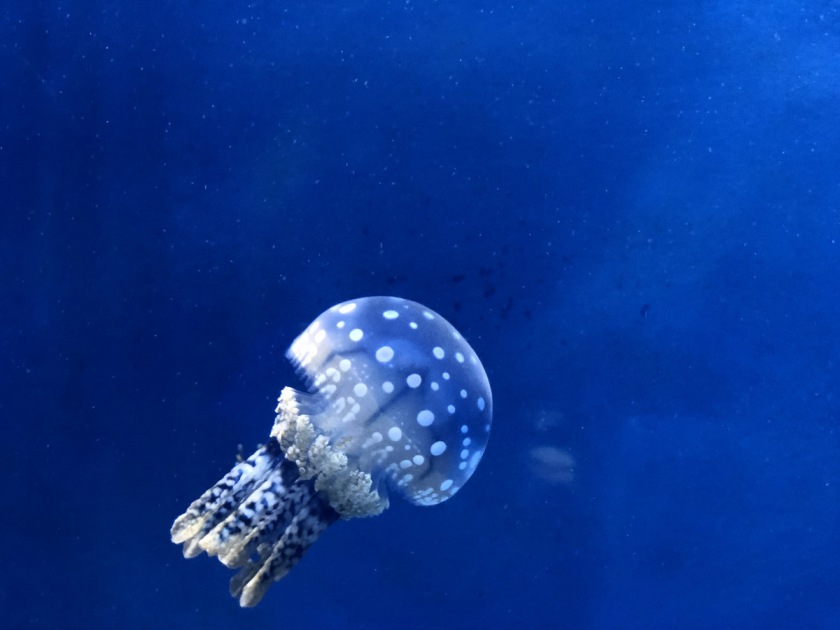